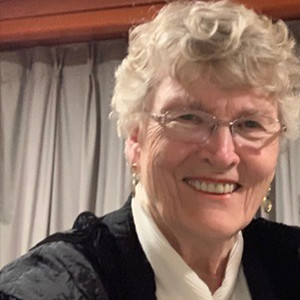 Retired Col. Margarethe (Grethe) Cammermeyer, RN, PhD, was born in Oslo, Norway, in 1942, when Norway was under Nazi occupation. She immigrated with her family to the United States at the age of nine. After earning a bachelor’s degree at the University of Maryland, she joined the Army at 19 and went on active duty as an Army nurse, serving in Germany and Vietnam.

While stationed in Europe she married a fellow military officer. In 1968, after seven years on active duty, she was forced to leave the military when she was pregnant with her first child. She returned to the military, joining the Army Reserves, in 1972, when women could serve with dependents. Divorced after 15 years, she continued her education, earning a master’s and PhD from University of Washington. She held concurrent careers in the Army Reserves and National Guard and in the VA Medical Health Care system, where she worked as a clinical nurse specialist, nurse practitioner, and researcher in neuroscience nursing.

In 1989, having served in the military for 25 years, Col. Cammermeyer disclosed that she was a lesbian during a top-secret security investigation. She was ultimately discharged in 1991. With Lambda Legal on her legal team, she challenged her discharge in federal court, won, and was reinstated. Her story was memorialized by producers Barbra Streisand and Glenn Close (as Col. Cammermeyer) in an NBC made-for-television movie, Serving in Silence, based on her autobiography of the same name, which depicts her life and struggles and was updated in 2016.

Dr. Cammermeyer is currently a hospital commissioner with WhidbeyHealth. She lives on Whidbey Island, in Washington state, with her spouse Diane Divelbess and their two dogs.