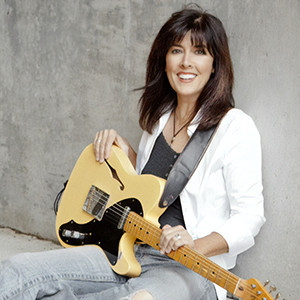 
In the early '80's Jess Leary was a fixture on Boston's folk, rock, and country scenes. The regional winner of the "Wrangler Country Star Search," Leary was flown to Nashville to perform at the Grand Ole Opry. It was there she discovered a new chapter in her life. She decided to move to Nashville in 1985.

After five years of knocking on doors, she signed a deal with Reba McEntire's publishing company, StarStruck Writers Group’ Later, McEntire hired her as back-up vocalist/guitarist for her 1992 tour. Continuing to earn her road legs during the following years, she toured as a backup singer/musician with artists Garth Brooks, Faith Hill, and Victoria Shaw, to name a few. She’s performed several times at the Grand Ole Opry, Ryman Auditorium, on The Tonight Show, both with Johnny Carson and Jay Leno, and on shows with Pam Tillis, Deana Carter, and Martina McBride, and she has occasionally joined folk singer Melanie and the Indigo Girls on stage.

Most recently, Leary scored the title cut on Blake Shelton’s record Bringing Back the Sunshine. Featured in Rolling Stone, the album debuted at number 1 on the All-Genre Top 200 Albums chart, and its title song was the featured opening song at the 2015 and 2016 NASCAR Sprint Cup Series on NBC Sports.

Ms. Leary has had her songs recorded by many other artists throughout the years. Her expressive and poignant lyrics accompany an unmatched expertise on the guitar. A true triple threat: singer, songwriter, musician.