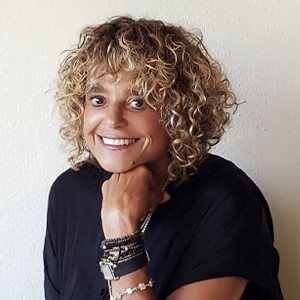 In the four and a half decades since Rachel Wahba cofounded Olivia, she has remained an enthusiastic ambassador for the company. She helped to shape Olivia’s direction when it was a groundbreaking women’s record label. Later, as the company began transitioning to travel, she continued to promote Olivia and its transformational impact on women. Now that Olivia is established as the world’s premier provider of cruise, resort, and adventure vacations for LGBTQ+ women, Rachel promotes the company internationally as she develops relationships with potential new travel partners and explores worldwide destinations for future trips. A special source of pride is her work with the Nepal Youth Organization, for which Olivia’s partnering raised money to educate, house, and train girls and women who were freed from the Kamlari system of indentured servitude, enabling them to achieve and maintain independence.

Rachel loves how Olivia invites LGBTQ+ women to build timeless friendships, and she never tires of witnessing how the Olivia experience promotes a stronger sense of self in guests (including herself) after traveling with the company. Olivia’s positive impact, extending to ship and resort staff members and to the individuals in each destination that the company visits, is a great source of pride for Rachel.

In addition to her involvement with Olivia, Rachel is a licensed psychotherapist in San Francisco and Marin. She is also a writer deeply engaged in topics ranging from her Middle Eastern/North African Jewish heritage to psychotherapy. As an Iraqi-Egyptian Jew who grew up stateless in Japan, she is passionate about the history of Mizrahim, Jews from Arab lands. Rachel has a blog on The Times of Israel and has also been published in several groundbreaking anthologies on being a queer Arabic-Jewish lesbian, in psychoanalytic journals on psychotherapy, and online in Huffpost and Epocalips.

Rachel is a staunch supporter of several nonprofits promoting education and advocacy, including JIMENA (Jews Indigenous to the Middle East and North Africa), for which she is a speaker and serves on the advisory board. In the fall of 2019, Rachel was honored with the LGBTQ Trailblazer Award by A Wider Bridge, a queer nonprofit organization dedicated to creating greater connection and communication between the LGBTQ communities in the US and Israel, fostering understanding and equality for all.

Rachel earned her bachelor of arts degree in psychology and women’s studies and her master’s degree in clinical social work from San Francisco State University. She enjoys spending her free time hanging out with friends, writing, reading, traveling, and walking her labradoodles.