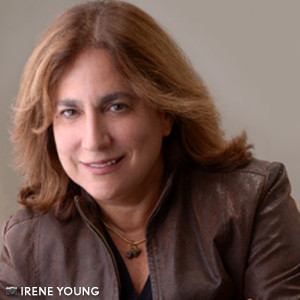 Dlugacz is the founder and president of Olivia Travel, the premier travel company for queer women. Named a “Best Company to Work For” by the San Francisco Business Times, the pioneering company specializes in experiences, opportunities, and inclusion and provides a safe space for queer women to be themselves, out and proud as they travel the world. To date, Olivia has taken more than 300,000 women on more than 350 cruise, resort, riverboat, and adventure vacations, providing them with unique experiences and featuring dynamic entertainers, speakers and custom programming. “Olivia has attracted a multitude of celebrities and influencers over the years, including Maya Angelou, Melissa Etheridge, Billie Jean King, Patti LaBelle, Gloria Steinem, Bonnie Raitt, and Lily Tomlin,” Dlugacz said.

Before Olivia Travel, Dlugacz co-founded Olivia Records, a groundbreaking label. They specialized in women artists, and its success grew out of her vision for a more diverse and inclusive music scene, which at the time of its founding in 1973 was dominated by men. During her tenure leading the label, Dlugacz produced 40 albums and sold more than a million records. She oversaw the production of hundreds of concerts and events across the United States and around the world. She was the executive producer of the first HBO comedy special featuring a lesbian performer, Suzanne Westenhoefer, and was nominated for a Chloe Award. She also worked with the Nepal Youth Foundation, where she raised more than $300,000 to help young women escape indentured servitude.

Born in Queens, New York, Judy Dlugacz received a degree in psychology from the University of Michigan and moved to Washington, DC, where she became one of the city’s first woman electrical construction workers. After eight months under a hard hat, she switched to cab driving, then to teaching, and was headed for law school when she and four lesbian feminist friends, Meg Christian, Ginny Berson, Jennifer Woodul and Kate Winter, decided to create a business.

The adventure began in a DC living room where during a radio interview, singer/songwriter Cris Williamson suggested to the friends that they start a record company specializing in female artists. The very next day, using a name chosen from a book Meg was reading, the Olivia Collective was formed. Olivia Records was then created, and the journey begun. Determined to “give women a chance to develop their own skills as engineers and producers, recording artists and record distributors” the group survived more on spunk than savvy.

The collective cut its first 45 in 1974. Featuring Meg Christian and Cris Williamson, the record sold 5,000 copies and gave the group a shot of much needed momentum.

The next album, Cris Williamson’s iconic The Changer and the Changed, became the financial cornerstone of the company and the soundtrack of a movement. Judy and Olivia went on to produce 40 albums, and sold more than one million records. Olivia Records became one of the industry’s leading independent labels and the music became its own genre of music, “Women”s Music.”

Judy’s vision and evolution continued when, in 1990, she combined two of her passions—music and travel—by hosting a “concert on a cruise.” The response was so overwhelming that she founded a company offering vacations exclusively created for women, Olivia Travel. Olivia Travel is now the world’s largest company serving the lesbian community, with cruises and resorts, including riverboat trips.

Her production credits include the PBS documentary The Changer: A Record of the Times; and an HBO comedy special with comedian Suzanne Westenhoefer.