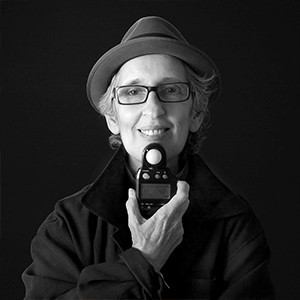 As a result of her 2005 battle with breast cancer, she produced the Glass Half Full CD, a compilation benefiting Breast Cancer Prevention Partners, formerly called the Breast Cancer Fund. In 2015, Young produced a sold-out multi-artist benefit at The Freight & Salvage in Berkeley. After a 2nd diagnosis in 2017, she will reprise the concert May 27, 2018. She is the house photographer at The Freight & Salvage.

Young has had four years of training at The Academy of Intuitive Arts. She says that her intuitive training has enabled her to be a better photographer and having photographed thousands of people has sharpened her intuition. She states, “The art of seeing does not start and stop with our eyes.”

In 2013 she was invited to present a 200-digital image retrospective for Olivia marking their 40-year anniversary. The following year, her exhibit, FOR THE RECORD: Women Who Changed the World with Song, was exhibited at The Freight & Salvage in Berkeley, CA., and at the National Women’s Music Festival in 2015.

As a video producer, her Youtube channel has garnered over 700,000 views. In 2017, she began mentoring multi-creative, Tina Silano. Young states, "I have been gifted with much experience, and over the coming years, I want to pass it on. Tina has the eye, the charm, the humor, and the emotional intelligence to carry on what I do and make it her own." As both web designer and photographer, Young offers consultations to budding creatives who wish to explore building an online portfolio.