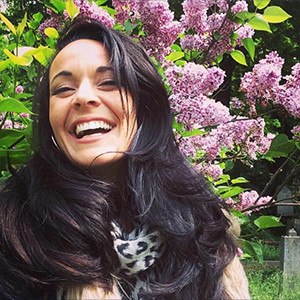 Margaret Belton is an Oakland-based singer, actress, and artist who fuses her talent with a genuine warmth that makes audiences feel they’re part of the family. Born in Indiana, Margaret is one of eight siblings from an artistically driven bohemian-esque family.

A captivating performer, Margaret has Lucille Ball–like wit, a rich vocal tone, and a touch of hometown grit. Since childhood, Margaret has always felt a deep connection with and love for old records that have a velvety crooner sound. Eventually, Margaret decided came out of the performance closet to honor the muse who resonated with her most—Patsy Cline—and started a tribute band called “The Patsychords.”

Margaret performed her fourth round of the critically acclaimed play Always…Patsy Cline at the Stage Door Canteen in New Orleans in 2018. She first starred in Always...Patsy Cline in the summer of 2015, at The Altarena Playhouse in Alameda, California, for which she received a Theatre Bay Area Award for Best Female Actor in a Musical for her portrayal of Patsy Cline.

Margaret has also appeared on many stages and screens nationally and internationally, bringing her vast talent to numerous films, commercials, voiceovers, and collaborations focused on jazz, country, and soul music.