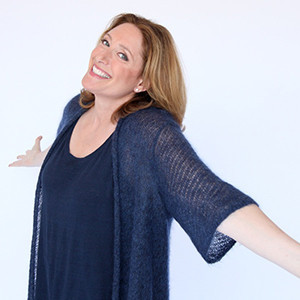 In addition to her stand-up specials, her stage experience extends to include her two critically acclaimed Off-Broadway solo shows: The Judy Show – My Life As A Sitcom and 25 Questions for a Jewish Mother.

Judy was recently featured on Louie and The Jim Gaffigan Show. She has been seen Off-Broadway in Nora and Delia Ephron’s Love, Loss and What I Wore and playing Linda Tripp in Clinton the Musical at New World Stages.

Judy has made numerous appearances on The Wendy Williams Show, The View, The Today Show, and The Steve Harvey Show. She often pops up on The Food Network.

Judy Gold is the author of YES I CAN SAY THAT – When They Come for the Comedians We’re All in Trouble, forthcoming from Dey Street Books. She has written for The New York Times, Huffington Post and CNN.com. She is also a talking head on MSNBC, CNN and anywhere else that’ll have her. She is the host of the hit podcast, Kill Me Now, on iTunes.