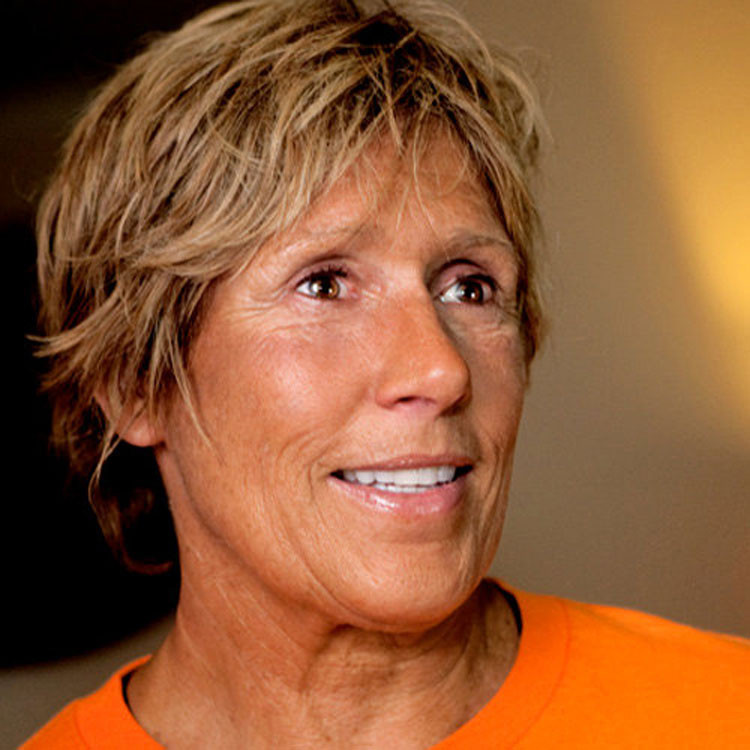 At the age of 64, in her fifth and final attempt, Diana Nyad successfully fulfilled her life-long dream of completing the 110-mile swim from Cuba to Florida on September 2, 2013. Upon completing her grueling 53 hour journey, a breathless Nyad told the world, "I have three messages. One is we should never ever give up. Two is you are never too old to chase your dreams. And three is it looks like a solitary sport but it takes a team."

Millions of people around the world cheered this maverick on, moved by her undeniable tenacity to be the first to make the historic crossing without the aid of a shark cage. At the end of her magnificent journey, after thirty-five years and four crushing failures, the public found hope in Diana’s perseverance. They were inspired by her mantra—find a way—that led her to realize a dream in her sixties that had eluded her as a young champion in peak form. In her book “Find a Way”, Diana engages us with a unique, passionate story of this heroic adventure and the extraordinary life experiences that have served to carve her unwavering spirit.

Nyad has never been one to quit. In July of 2010, at the age of 60, she began her "Xtreme Dream" quest of swimming from Cuba to Florida, a task she had failed to finish thirty years previously. When asked her motivation, she replied, "Because I'd like to prove to the other 60-year-olds that it is never too late to start your dreams."

Back in the 1970's, Nyad was the greatest long-distance swimmer in the world. Her world records, such as circling Manhattan Island and crossing the 102.5 miles between the Bahamas and Florida, have led to inductions to many Halls of Fame, such as the International Women's Sports Hall of Fame.